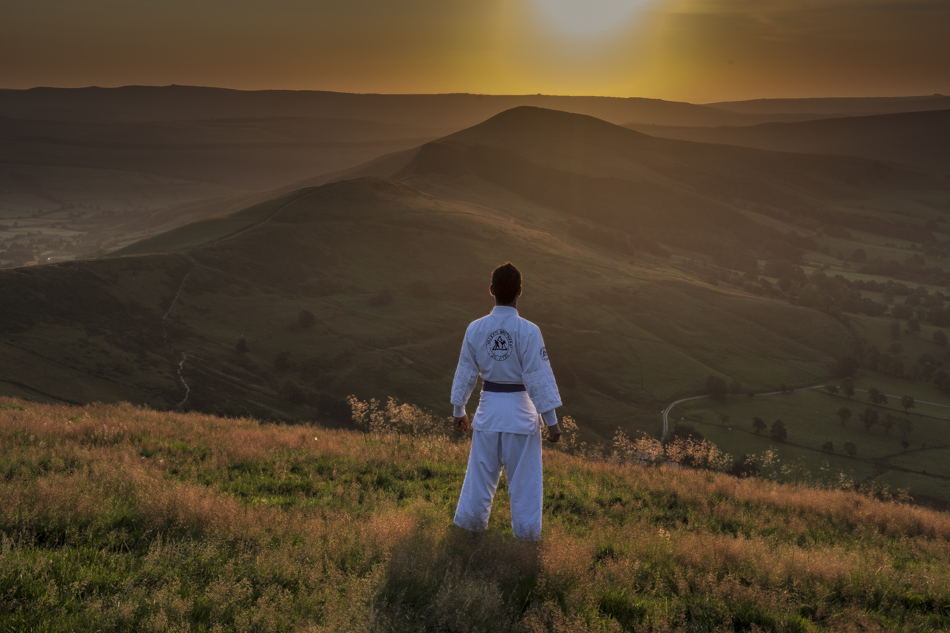 “Am I Courageous?” or “Am I Brave?” is a question everyone asks themselves at some point.  The world we live in now we are surrounded by superhero imagery.   Images of men and women doing fantastical heroic acts and saving the day.  Watching these films and TV shows, I project myself into the hero character and think “Could I do that?”

Hopefully I’ll never be in a position were I’ll have to save the world from an alien invasion or battle a zombie herd, but those are fantastical examples to wonder about.  I think courage is relative to the person.  For example the people who sign up to serve in the military or emergency services.  That’s a special kind of courage that only a few of us have.   I know I for one could not do any of those jobs but my respect and admiration goes to those who do.

So how does the average person measure courage?

When I think of myself being brave the first time I walked into a Ju Jitsu school I have never been more afraid.  I was in an industrial estate car park, I saw the UFC and the training those guys go through. I was expecting to walk in and get beaten up as a message that you don’t belong here.  I was so close to calling and saying I had been called into work unexpectedly.  As I got out of my car and walked to the unit my hands were shaking and I was starting to panic.  Once I walked into the building all the fear and anxiety went away it was a welcoming, friendly atmosphere not at all what I had been expecting.

Starting Ju Jitsu changed everything for me.  It brought some of the best people I have ever known into my life, it has afforded my some fantastic opportunities and I am easily the healthiest I have ever been.  I would hate to think what my life would be like today if I had given in to that fear and not walked into the building.

It’s OK to be afraid to feel fear, but you can’t allow yourself to give into it.  To be afraid of something but do it anyway even if it is walking to the shops shows great bravery.  Overcoming that fear will generate rewards that will outweigh the fear and over time you will wonder why you were scared at all.

That is how a normal person can measure courage.

“I learned that courage was not the absence of fear, but the triumph over it.  The brave man is not he who does not feel afraid, but he who conquers that fear.”  – Nelson Mandela